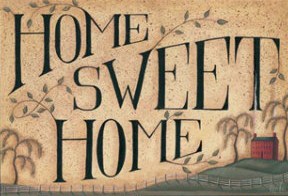 It's been almost two months since we pulled Jack out of school, and I have to say he's a very different boy. We've weaned him off two of his medications (what kind of statement is it that you have to medicate a kid to cope with school?), and his appetite has returned to the point that we can't keep him filled up. This is a new experience for me, cause he was always the kid I had to remember to feed. When my friends complained that their kids were always hungry, I'd look at mine and say, "Oh yeah. Haven't offered food in a while. Maybe he should eat."

We've spent the last few weeks decompressing. He sleeps as late as he needs to in the morning (still up before me most mornings), he eats when he's hungry (which is most of the time) and pretty much does what he wants. Yes, he's playing a lot of video games and spending more time on the computer, but everything is learning. His video games have provoked an interest in learning about World War II, so we've watched some shows on the Military Channel about Hitler and D-Day. We've taken walks with the dogs by the creek and seen red-winged blackbirds, herons, egrets, ducks and turtles. Today we saw what seems to be either a beaver dam or an otter lodge, not sure which. I joke with him that we just had science class and PE all at the same time.

He just seems like a happier kid. He talks to us again! Charlie has noticed that Jack will come out and say good morning, where he didn't before. He never used to talk to his dad at all. He was pretty much shut down. We think he was probably depressed.

I have him signed up to start a program in the fall, but for now we're just doing our own thing. "Unschooling." Following our own interests. I've connected with a group of homeschooling moms and we've been on a couple of field trips. We went to the Jelly Belly Factory. We had a park & pizza night. We went to a semi-formal dinner the other night where the kids practiced their manners while enjoying each others' company.

Sundays are a lot calmer in our house. No more dreading going back to school the next day. No more whining and crying about hating school. I wish we'd done this a long time ago.
Posted by Jaxmom at 2:51 PM